Bags are an essential fashion accessory for women. Other people will not understand this unless they are women. There are many Singaporeans who love bags. Bags are not only valued because of its function but also because of its aesthetic beauty. 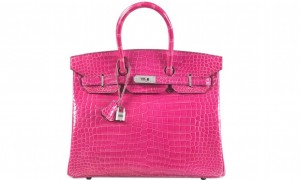 There are even other Singaporeans who invest in bags – buying the most expensive bags in the market and collecting some more. It is their prerogative to do so. For those who are in the market of selling and collecting bags, we surely heard about the one and only crocodile-skin handbag that was sold for US$222,912.

According to reports released on June 8, 2015, this is by far the most expensive bag sold at an auction. The auction transpired in Christie’s Hong Kong. The bag was sold to a phone bidder which was not named but definitely an Asian. 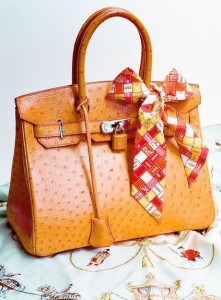 What makes the bag expensive? It is from the collection of Jane Birkin. Jane Birkin is an actress and singer who was born in United Kingdom but raised in France. The bag is under the Hermes label. It boasts of 18k gold and diamond which is formed as a clasp and a padlock. The bag is presented in shiny fuchsia porosus crocodile skin.

In the same auction held at Christie’s Hong Kong, more than three hundred designer handbags were sold. Another bag that sought the attention of the participants is a “Kelly” bag which is also made from crocodile skin. It was sold for US$145,000. The “Kelly” bag was named after the late Princess of Monaco.

Designer handbags are the trend these days. If we cannot afford one, we should not push it. 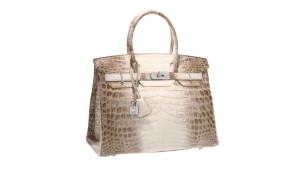