Students of music will have to be familiar at some point about the history of classical or Western music. The names classical and Western can be used interchangeably to refer to the music tradition that dates back from the time of the plainchant or Gregorian chants in Medieval Europe. 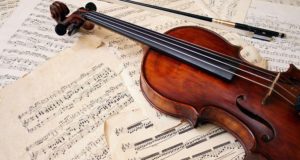 The plainchants were sung for religious purposes. They were first written (musical notation) and distributed to monasteries and churches at the time of Charlemagne. Besides the plainchant, another type of music emerged.

Secular music were performed by troubadours. The lyrics used were poems which were set to music. Most of these were composed by the performers themselves. Most of the songs were about love.

Polyphony meant that the piece employs more than one melody at the same time. Previously, music used only one melody. Polyphony allowed the composer to use either a slowed-down plainchant (tenor) or two parts sung together (organum).

Organum pieces in which words have been supplied were called motets. The motets sometimes came in three parts, employing different lyrics for each voice.

Since the motets became popular, the vocal ranges included in the music pieces became varied. They are similar to the soprano, alto, tenor and bass we use nowadays.

The music of the Renaissance can be divided into two types, dance and vocal music. Dance music sometimes employed a consort, which is a set of musical instruments that have different sizes and pitch but are similar in design and tone. 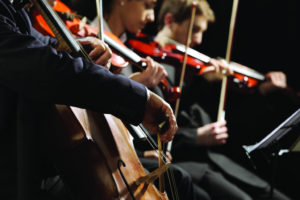 The Baroque introduced the more specialized solo voice and instrumental music. The stage music was similar to those the ancient Greeks used in drama. The solo singers sang in accompaniment of an instrumental background. This was the opera.

The cantata was also introduced which included aria solos and chorales. Instrumental music also became more specialized especially with the popularity of the violin, which was the center for the sonata.

The Sonata and Concerto

The sonata uses four instruments, while concertos on the other hand employs a larger group of musical instruments. Sometimes their performance alternates the soloists and the ensemble.

Also introduced were the toccata which used keyboard instruments and the fugue which is similar to toccata but used the repetition of the melody.

The Classical period saw the reform opera which wanted to focus on elaborate solo passages. The solo keyboard music also changed to employ louder or softer music. The symphony was also introduced, which is a larger version of the orchestra. The string quartet is a combination of four different instruments minus the basso continuo. The piano gradually replaced the harpsichord.

In time, solo piano performances or piano miniature became popular. The Romantic period heralded the program orchestra which is a story told through instrumental composition. Afterwards, the stage operas emerged as the form we know them today.

Since the 20th century, composers began to employ different techniques not only from Classical music but also from Asian, Russian, military, and folk music influences. More instruments are also used to form different sounds. 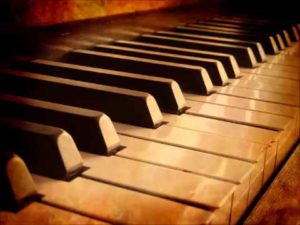