So you admit that you’re not a Michael Jordan, Serena Williams, Pele, Jack Nicklaus or Rocky Marciano. Sports aren’t just for god-like athletes however and it’s more fun that spending hours in a gym anyway.

Here’s a list of sports for the not-so-gifted mere mortals.

1. Biking. Start with a simple bike, a helmet and cycling shorts. You will also need to know how to repair your bike especially if you have a flat wheel. Later, you can even start collecting bikes and go on mountain biking with friends. If this is your first time with a bike, ask someone to teach you how to balance. 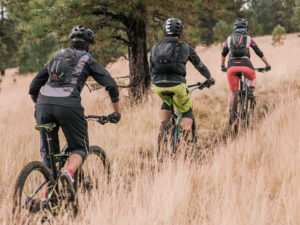 2. Running. This one doesn’t need any equipment except decent workout clothes and a trip to a nearby park. You can do this solo or with a few people. It also doesn’t have a lot physical and age restrictions. Begin with short running programs that last not more than 30 minutes a day thrice a week.

3. Bowling. In this sport, most of the equipment is provided by the bowling alley. The only thing you should worry about is how to throw the slightly heavy bowling ball the first time. Worry about the manual scoring later, since most bowling alleys have scoring machines anyway. Check out the following bowling alleys in Singapore: Orchid Bowl at Downtown East, Superbowl at Telok Blangah Way and Westwood Bowl at Bukit Batok West Avenue.

4. Golf. This sport might take some training before you can play a decent game. You’ll also have to think about investing in equipment for this, so if you’re hesitant then this isn’t the sport for you. You will need clubs, balls, tees, and a decent golf shoes. The best golf courses in Singapore are at Laguna National Golf & Country Club, Changi Golf Club and Marina Bay Golf Course. 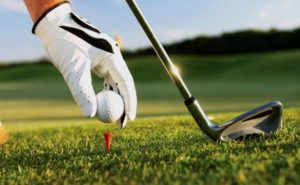 5. Target Shooting. This is an expensive but rewarding hobby, but is perfect for the elderly and people who don’t want anything too physical like running and jumping. You will need guns, ammunition and magazines, holster and belt, targets, ear and eye protection, and a cleaning and repair kit.

6. Badminton. You will need another player, two badminton rackets, a feathered or plastic shuttlecock and trainer shoes. The rules are quite simple. The winner of a three-set game has to score 15 points first. 7. Tetherball. You will need one other player, a steady metal pole and a ball attached to the pole with a rope. The goal is to hit the ball alternately so that the rope winds up completely around the pole and the ball stops moving.

8. Ultimate. The goal is to score points by tossing the disc to a teammate at the other end of the field. It is sometimes mistakenly called frisbee, which refers to a trademark name of a disc-shaped toy. Each of the two teams have seven players and the game must be played on a field that is at least 70 by 40 yards.